Artist Marla Jean Clinesmith knew this had to be her first work to tackle at the beautiful Chateau Orquevaux residency in France where she would be with many other accomplished artists in June 2022. Studying the meaning of this word gave her a seal of confidencee that helped her excel and have a wonderfully productive residency.

Oddly, the word Kesel often refers to ones fatness or loins as the seat of ones confidence, which can be either proper or foolish. In a physical sense, that enlarged mass protects the internals. Yet we see this multiple times in the Bible where it means, “the Lord will seal the authority of His truth within my inward parts, holding me up.”

The Lord shall be your confidence – Proverbs 3:26 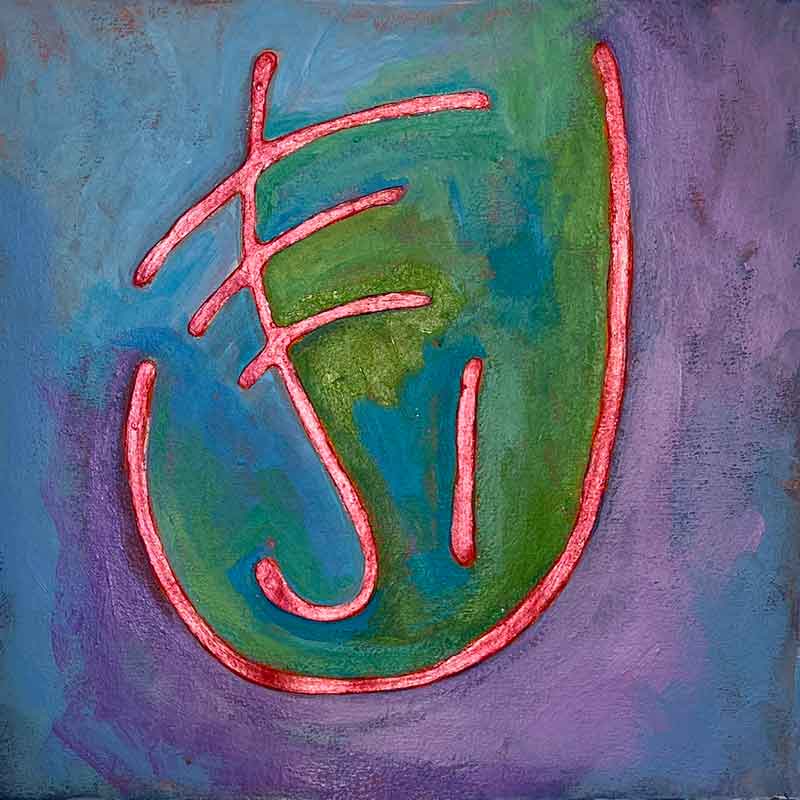 Studying Proverbs 31 inspired Artist Marla Jean Clinesmith to create a beautiful work of art about the woman of valor.

Eschet is a form of the Hebrew word for woman—Eesha. It contains a root word (sa) meaning “strong devourer” or “fire.” Add the (h) meaning “to look” with the root word of “fire” and the interpretation is “look, the one who comes out of fire.” That may initially sound odd to equate a woman with the result of fire, but not if you realize that precious metals, like gold, were of great value after being refined by fire which recognizes the importance of a woman.

Chayil is used in the Old Testament many times, typically in reference to men as warriors portraying force or might. The few times chayil is used in reference to women it is always in a special godly sense. Chayil (valor) appears to be connected to grace — the place God provides where we are empowered to do what He has called us to do. Valor is using the authority He gives us to accomplish His work to benefit the Kingdom. It is a measure of what we do with grace. In other words, how well do we maximize His grace in our lives? May you be valiant for the Kingdom!

Eschet Chayil — The one who comes out of fire (is refined) and takes authority in her sphere of influence to be productive for the Kingdom.